National School Meals Week 2020 is 9-13th November and to highlight the importance of healthy food for children, Ali Ghanimi explores the history of school meals in the UK.

It’s National School Meals Week from the 9th to 13th November. NSMW is designed to raise the awareness of great food served daily by professional caterers in school across England and Wales. This year will have been especially challenging for school catering staff who are doing a tremendous job feeding children during the pandemic.

I thought it would be interesting to explore the history of school meals in the UK and what’s changed over the years.

Compulsory education was first introduced in the 1870s with the Elementary Education Act, but since thousands of poor children went to school hungry, they were unable to benefit from their learning. This led Manchester to give free school meals to ‘destitute and badly nourished’ children in 1879. 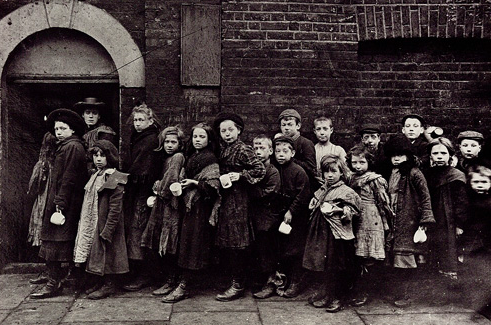 Around 1900 there was a lot of concern about the poor physical state of the people of Britain and in 1906 the new Liberal government’s Education Act allowed local authorities to provide school meals. However, very few did. It was not until 1944 that the National School Meals Policy was passed, requiring all local authorities to provide free nutritious school meals. Two years later universal free milk was introduced and these provisions ensured essential nutrition for thousands of children.

However, in 1971, Margaret Thatcher, then Conservative Education Secretary, stopped funding free school milk for children over seven, earning her the taunt “Thatcher Thatcher, Milk Snatcher!” In 1980 she abolished the minimum nutritional standards for school meals and the statutory duty of LEAs to provide a meals service. Her introduction of Commercial Competitive Tendering focussed on driving down costs and the standard of school meals reduced so dramatically that a 1999 survey found that despite food rationing, children in the 1940s and 1950s consumed more nutrients with less fat and sugar compared to children growing up in the 1990s.

Horrified by the amount of junk food, lack of veg and the notorious Turkey Twizzlers on the school menu, TV chef, Jamie Oliver, put the school lunch onto the political agenda in 2005 with his series Jamie’s School Dinners. The resulting Feed Me Better public campaign led to some improvements in nutrition in schools. 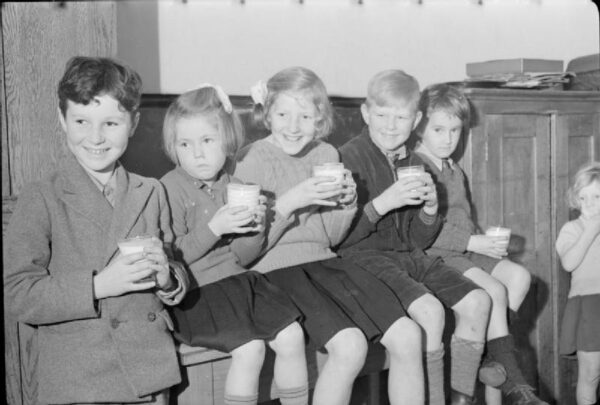 Children enjoying their morning mild 1942, at the Imperial War Museum

School meals were back in the news this October half term. More than a million people signed footballer Marcus Rashford’s petition calling for free school meals to be extended to school holidays and to all families on universal credit. When the government refused, the public reaction was strong. Empty plates were left outside one MP’s office, another resigned in protest, and individuals, schools and businesses across the country stepped in to alleviate holiday hunger themselves. Brighton and Hove was no exception, with many local restaurants, cafes and community groups offering free meals to families in need.

The issue of school holiday hunger is not new. Back in 1907, when school meals were first introduced, a feeding experiment took place in a school in the poorest quarter of Bradford. As this graph shows, when given breakfast and lunch at school, the weight that children rapidly gained during term time reversed during the holiday period. 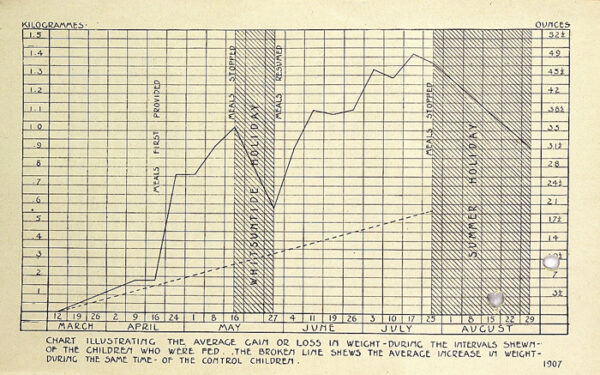 According to National Archive files, Margaret Thatcher regretted cutting the provision of milk for junior school children and 19 years later urged Health Secretary, Ken Clarke, not to end free milk for nursery children to save a mere £4 million. In a note she warned him “this will cause a terrible row”.