The city of Brighton & Hove has bid to become the UK’s first Gold Sustainable Food City. This blog is part of a series celebrating the wonderful people and organisations in our city that go above and beyond to improve our food system and support people to access healthy, sustainable food. These are the stories that bring to life what a gold sustainable food city really looks like. To help inspire others please share on social media using #goldfoodcitybid any good food work that you’re involved with or that you see around the city.

Food Partnership volunteer, Jason Deans, spoke with Iain Chambers about the work at the Bevy Cooperative Pub in Bevendean.

“More Than A Pub”, the motto on the sign hanging outside The Bevy and plastered all over its website, could be just a catchy advertising slogan. However, for Iain and the other local staff, volunteers and shareholders behind the Moulescoomb and Bevendean community pub and cafe, it is both a mission statement and rallying cry. 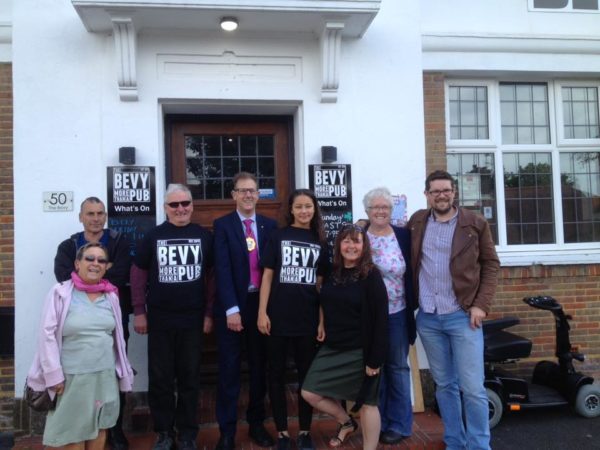 The Bevy opened in 2014, four years after the closure of the previous establishment on the premises, The Bevendean Hotel, which left about 18,000 people on three estates without a local pub. More than 200 locals bought shares at £10 a pop as a first step to raising more than £200,000 from grants and other sources to get The Bevy off the ground. It remains the only community-owned pub on a council estate in the UK.

It now has more than 800 shareholders and is run as a Community Benefit Society, providing a space for local group meetings and activities, in addition to the normal things a pub and cafe does. Any profits are ploughed back into the local area.

“It was always the intention that it had to be more than a pub, from the very beginning,” says Iain, The Bevy’s former general manager and now its community projects manager.

“The ethos from the beginning was … let’s get open, let’s see who comes in, what it is they want to do, and then we’ll try it out.”

Iain got involved after learning about The Bevy while working on another Community Benefit Society project in Brighton, the Exeter Street Hall. He was intrigued by The Bevy concept. It presented a whole new set of obstacles – and opportunities.

I was thinking … If they can do this in a working class area where you can’t raise all your own money and you have to persuade other people to back you, then that would be transformational. Literally systemic change, that a working class community takes control of an asset and uses that asset to address its own needs. 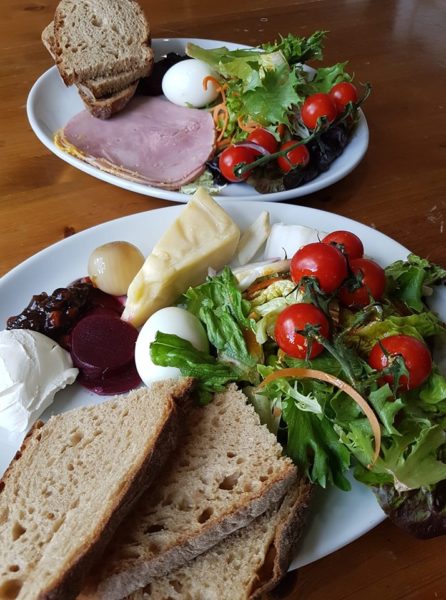 On a wet, dreary Wednesday afternoon the cafe area is buzzing with customers enjoying the Bevy’s community lunch, served each weekday for £4 a plate. The Bevy also has a commercial kitchen offering a regular menu, yet the pricing is still thrifty – £6 for a burger, for instance. Most of the dishes are made from surplus food provided through a partnership with FareShare Sussex, based nearby in Moulescoomb . Other produce comes from the pub’s own garden.

Iain reckons more than 70% of the Bevy’s menu is made from surplus food and the pub has also switched its refuse and recycling supplier to cut down further on food waste.

The Bevy struggles to make money from food. It operates on a “financial tightrope all the time”, Iain admits. This involves balancing the need to keep the pub afloat financially, its commitment to the local community, and wider aim to be socially responsible – it pays staff the living wage – and environmentally sustainable. As well as paid staff, it relies on volunteers for everything from managing events to changing lightbulbs.

Iain stresses the positive social impact of simply having a pub in the area again, citing an example of a local man in his 80s with dementia. “He likes to come to the pub, have a few pints and have something to eat. He knows he’s safe as houses. And if he doesn’t turn up for two or three days, one of us will be knocking on his door just checking he’s all right.”

When a community does that, you are actually saving your city or your National Health Service quite a lot of money. Because he doesn’t get to the point where he’s really ill and going to need acute care.

The Bevy also fulfils its “More Than a Pub” ethos by providing a community events venue and acting as a catalyst for locals wanting to set up groups catering for a variety of interests and activities. Iain says it charges charities and commercial operators for venue hire, including Varndean College, which uses the pub for adult education courses. 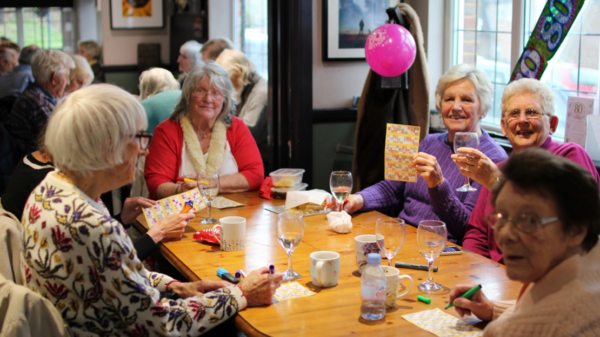 He adds: “But if it’s community people doing things for the community, and they cannot afford it, we won’t charge them. Then we’ll just say to them, when you go for funding, ask for venue money. If they give it you, you can pay, and then you’re helping the next lot.”

Iain reels off a list of such ventures that The Bevy hosts, and has helped get off the ground, including an arts and crafts group, and a walking and running club that has morphed into a Saturday morning Park Run on the nearby downs, with breakfast afterwards at the pub.

Then there’s the Bevy’s community kitchen, which runs free six-week cookery courses for local children. Iain says: “We’ve had some really nice little interventions, where you can see kids who are very quiet at the beginning of the course, proudly walking through the pub with what they’ve made. Making eye contact with strangers and saying ‘Do you want to try my mince pie?’ or whatever it is they’ve made … A moment of pride.”

The pub also recently hosted a writing workshop in partnership with the Brighton People’s Theatre, which could result in it providing the venue for a new production. “Hopefully there’ll be a project come out of that, where somebody from the estate may well write a play and they’ll put on a play.” 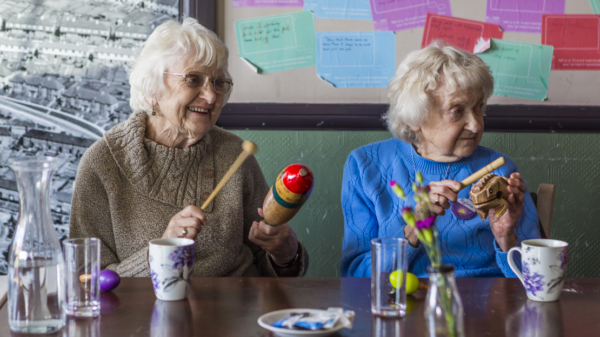 Iain highlights how The Bevy acts as a mentor for people wanting to set up community groups and activities. As well as offering advice and encouragement, it helps them apply for potential funding, from sources such as local charities the East Brighton Trust and Sussex Community Foundation.

One example he gives is a local man with an idea for chicken therapy, using a breed that is very calm. Through Warren Carter, chair of the Bevy’s management committee, he was put in touch with Moulescoomb Primary School, which had an unused chicken coop. The Bevy also helped him apply for a small grant to get started. Now the chicken therapy project is up and running at the school and Iain reports that some of the children’s behaviour has improved as a result.

“What we’re looking out for is, well what are the things that aren’t here, who are the people who aren’t being helped?” says Iain. “Could we help them help themselves? Rather than keep putting on services, when people approach us we’ll probably try and encourage them, nurture them, support them in some way – maybe a bit of finance or maybe just free space.

One simple way you can support this amazing place is to hire the space or meeting room for an event. Get in touch with them today on: contact@thebevy.co.uk.

The Bevy’s newest project is to deliver their tasty nutritious affordable food locally to people who can’t get to the pub.
See their crowdfund page here.
< High Barn: Farming for the Community in RottingdeanCelebrating our first Food Hero of 2020 >

New developments in Brighton and Hove could include food growing spaces for residents.  A new Planning Advice Note aimed at developers, designers, architects and planning...

Sport and food poverty: A recipe for change

Vic Borrill and Alex Ward explore local and national examples of how high profile figures in sport, and associated networks, can influence important changes in...

Stacking the chips in our favour

Alex Ward looks at some examples from the Healthy Choice Catering Scheme for local food businesses.