On the last Friday of every month John joins other British armed forces veterans at the Community Kitchen near Brighton station for a traditional English cooked breakfast provided by volunteers. 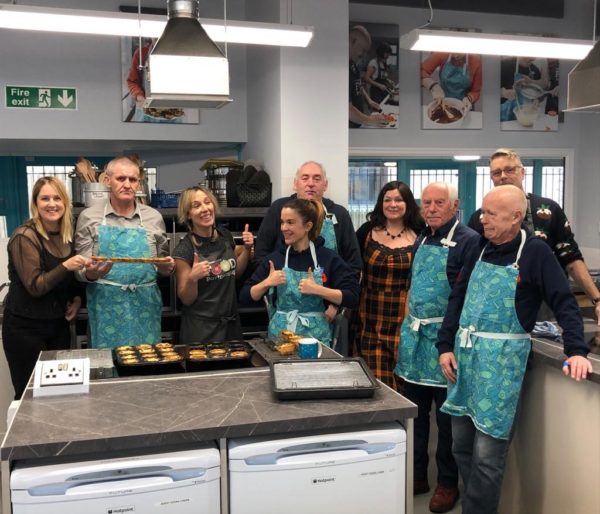 John served in the Royal Air Force Regiment infantry unit for five years in the 1970s. After training at Catterick in North Yorkshire, he saw active service in locations including West Germany, Belize, Oman and in Northern Ireland during the most violent period of the conflict there. As he and the other ex-servicemen tuck in to their bacon and eggs there is plenty of friendly mickey taking, in between gossiping about what they’ve been up to since their last get together.

Along with the leg-pulling and robust humour that goes with life in the armed forces, the breakfast also serves as an informal citizen’s advice and group therapy session. Conversation turns to topics including how to get an older person’s bus pass, what medication people are on and how to get a food bank referral. On the latter, Community Kitchen staff are able to provide information.

John, who has been attending the breakfasts for several years after hearing about it from the British Legion, says he comes for the “comradeship” and to meet “like-minded people”. “Oh yeah, last Friday of the month we all meet up and exchange insults,” he adds. “Veterans are in tune with what we are. We’ve all been through it … it’s like a band of brothers. A civvy doesn’t know head nor tail what we’ve been through. But these boys do because we’ve all done it. Most of are ex-Ireland, or Afghanistan of wherever.” 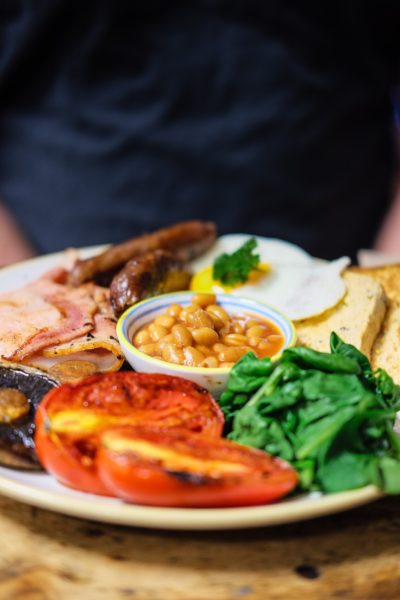 The breakfast was funded by Age UK and the British Legion initially, and is run by the Brighton & Hove Food Partnership (BHFP). The veterans used to meet up at another venue in Brighton city centre but since July 2018 the breakfast has been based at the BHFP Community Kitchen on Queens Road, with the meal prepared by volunteers overseen by a partnership staff member.

A once a month breakfast may not sound like much of a thing but for many of the attendees it is the only chance they get to regularly socialise with other veterans.

There is a British Legion office just up the road from the Community Kitchen which provides the veterans with support, advice and a cuppa; and the breakfast gang are grateful to have it – some volunteer there. However, this is not the same as having a social club they can drop in to whenever they like for a subsidised pint, a bite to eat, and a natter with other former members of the armed services. Brighton and Hove has not had a British Legion Club for several years. The RAF Association Club on Castle Street closed last year.  John says of the Veterans Breakfast:

This is like a lifeline for us, because we’ve got nothing else. Unless you go up to the Legion [office], but there’s only a couple of seats in there and they’re always busy. So you sit in the corner drinking tea and eating their biscuits. I mean they do everything else for everybody else [in the armed services] but they’ve got nothing for the vets here. The nearest British Legion Club is at Seaford and the other way it’s Lancing.

He feels the loss of the RAFA Cub particularly keenly, having served in the RAF. “With that place we had the door and it was locked so you felt safe,” John says. “We had some ladies who used to come in, they were in their 60s, 70s, 80s. It was somewhere where they could go and feel safe about going. And you could get a beer for £2.80.

“We had to hand the keys back in September, on a Monday. And they moved straight in and smashed everything up. They’re there now and they’re gutting it. They’ve already sold the place.” He adds: “They closed [the RAFA Club in] Lewes down. We’re now members of Shoreham but they meet once a month in a sail club. It’s nothing.” 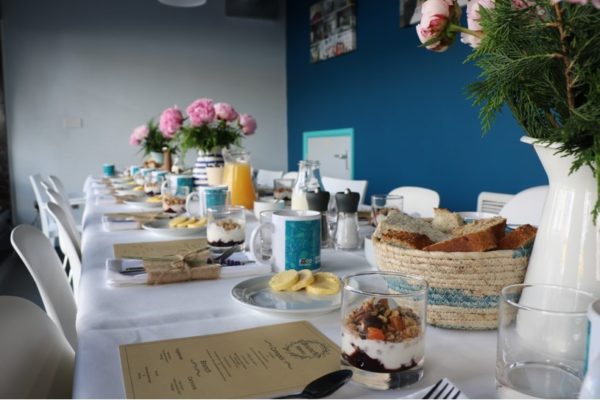 Though one younger veterans breakfast regular served more recently in Afghanistan, most of the attendees, like John, were in the military decades ago. There are some 2.5 million UK veterans, with nearly 60% of pensionable age of 64 or older.

Those from non-commissioned ranks who left the military before April 1975 are not eligible for an armed forces pension unless they served for 22 years – and were not even reimbursed for pension scheme contributions. Veterans relying on benefits and support services for health and other issues have also been hit, like many others, by the government’s austerity programme over the past decade.

Many of the veterans breakfast attendees are still dealing with physical and mental health issues relating to their military service, in most cases many years after they left the armed forces. John is no exception:

It affects your brain. The nightmares. I stay up until I’m falling asleep before I go to bed so I don’t wake up with nightmares. But apparently the wife says I do – I’m screaming, I’m hitting out and I’m fighting.

He is now on medication which is helping improve his mental health. The veterans breakfast provides a safe space where he can talk to people who have been through similar experiences and have similar problems.

John has nothing against “civvies”, as veterans refer to people who have not served in the military. But it is not the same as socialising with other former members of the armed forces.

“We all know what we’ve done and none of us talk about our past, only the good times,” he says. “None of the civvies want to know about that. All they want to know is ‘did you kill anyone – what’s it like?’ You feel more at home with [other veterans]. Here [at the veterans breakfast], you can give ‘em sh*t, banter, and we all know it’s banter and we all enjoy it.”

The Veterans Breakfast Club group are currently working with the Food Partnership to seek further funding to continue this vital service. If you would like to donate towards this cause, or if you know a veteran who would like to attend please contact info@bhfood.org.uk or call 01273 234810.