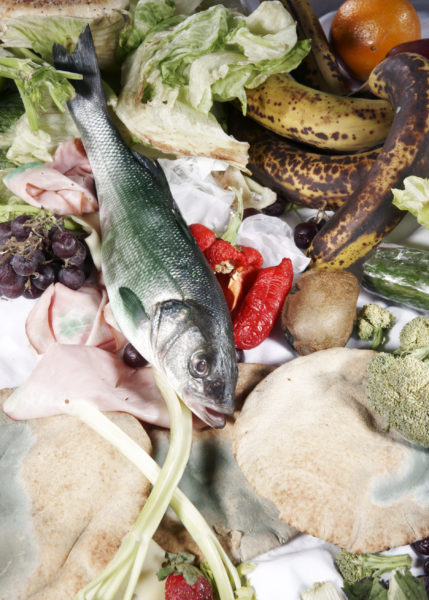 An inspiring mix of would-be waste warriors from supermarkets, academic institutions, charities and campaigning organisations were among those attending Brighton & Hove Food Partnership’s recent roundtable on food waste – one of a series of roundtables being held this year as we lead the work on refreshing the city’s food strategy and aim to become the UK’s first gold Sustainable Food City.

We knew we were starting from a place of good intentions with food waste when we sent out the invites to our event. Our surveys this year aimed at the city’s businesses and residents had a big uptake, with hundreds of responses showing that there is an appetite to shift food provision to a model that minimises both food waste and single-use plastic.

However, seeing representatives from Marks & Spencer and Sainsbury’s alongside those from environmental group WRAP and ethical supermarket HISBE in the one room – all prepared to turn good intentions into action – brought the message home: food waste is not a side issue. It is increasingly recognised by all sections of our community.

Our surveys showed a clear majority of Brighton and Hove residents who responded want simple measures introduced to help them reduce the amount of food being binned, for example the availability of takeaway boxes in restaurants and small packs of food in supermarkets.

A clear majority of business respondents want to tackle food and food packaging waste too, with three quarters saying they are interested in opening themselves up to a food waste audit which would track the quantity and composition of the food waste they produce and analyse why it was being thrown away.

Half the business respondents said they want more information on food waste collection options, and an impressive 40% are willing to take the plastic-free pledge.

This is all important because our city’s food waste problems are big and they are urgent. In Brighton and Hove, a whopping 30,000 tonnes of food a year is wasted by businesses, and 39,000 by households. 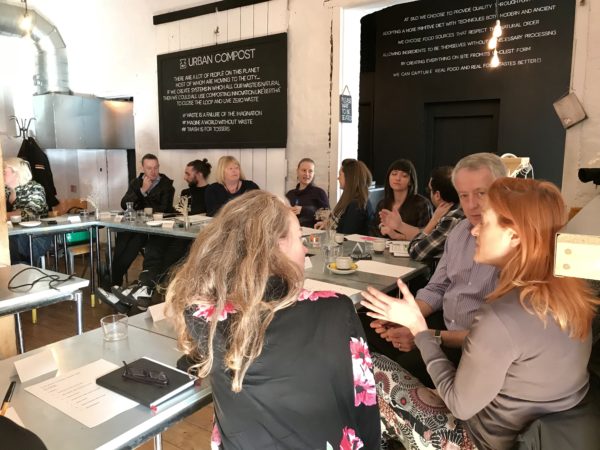 The round-table event (left) was held at zero-waste restaurant Silo and focused on developing practical actions aimed at reducing this huge food waste and packaging mountain. Other participants included representatives from the University of Brighton, University of Sussex contract caterers Compass Group, The council’s CityClean and events teams, as well as local wholesaler and bakery chain Real Patisserie.

The following were among the innovative actions considered in what was an amazingly fruitful morning for ideas:

Next, we will consider all of these exciting ideas to determine which will prove both practical and most beneficial to go into a new five-year action plan, itself part of the overall review of the city’s 20-year food strategy, Spade to Spoon: Digging Deeper.

This strategy sets out how the city will work together to ensure good food is available for everyone, that issues such as obesity and food poverty are addressed and there is not excessive food waste. The sixth of the strategy’s nine aims states that: “Waste generated by the food system is reduced, redistributed, reused and recycled.”

These local aspirations tie in with the much wider picture – in particular the Sustainable Development Goal food waste reduction target of 50% by 2030. In the UK, £2.5bn worth of food is currently thrown away annually by businesses. That amounts to £10,000 per outlet per year. What’s more, 75% of that food could have been eaten.

“This roundtable event shows that we are ready to work together and change how food is used and valued in Brighton and Hove.”

Other roundtables being held as the food strategy is refreshed includes those on shared meals, food power, land, and healthy and sustainable diets. We’ll keep you updated as they take place.

< Volunteer Gill Barker: a confident choice for our latest Food Hero awardWhy giving the Living Wage to Brighton and Hove school caterers matters to us all >

Where to donate surplus food

If your business or event has good quality food surplus to donate, we would love to hear from you.