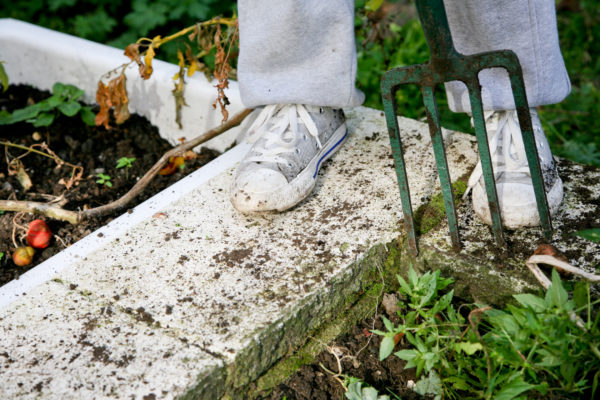 Dorothy Stringer School opened their new canteen facility earlier this year having identified healthy eating as a school priority. Already an eco school, the 1,600 pupil secondary school have made radical changes to the way they prepare and serve school food.

As the school caterer contract came up for renewal, the school decided to take it in-house to give themselves more control over the menus and opening times. Every child was consulted – taking an online food survey in their IT lessons and parents, teachers and governors were also invited to input into the process. They had over 850 responses from all age groups which was invaluable in helping to design the new menus and address the logistics of the canteen experience.

The original capacity of the canteen could only seat 78 students at each sitting, which for a school of 1,600 pupils, was clearly inadequate. After 3 years of fundraising effort from the parents, along with a loan from Brighton & Hove City Council, they were able to upgrade their facilities and built two new covered outdoor seating areas and two additional serveries which help to speed up the queuing times. The menus and opening times have changed to improve the experience and all the food is home-made to National School Food Standards.

They also try to source locally – (free range) meat for example comes from the Fiveways butcher Barfields, and all catering staff receive The Living Wage.

They have ‘Pasta King’ offering meat and vegetarian options in different portion sizes (snack or main meal). These help to add to their ‘grab and go’ snacks, which the kids asked for at break time – bagels, pizza, croissants and fruit pots. There are no crisps or chocolate bars at all and no sugary fizzy drinks except a school approved natural product. Canteen Manager Michelle Bradshaw says the kids ‘don’t miss them’.

Year 10 and 11 pupils used to leave school in their droves at lunch time to get fish and chips and other unhealthy take-aways. They now stay onsite and prefer to hangout in the new undercover area, which has a distinctly grown up feel.

The kids have really taken ownership of the whole thing, and regularly feedback via the Canteen Committee and Junior Leadership Team – made up of pupils; parents; governors and canteen staff. Feedback from pupils is continually addressed. They wanted ketchup in bottles, rather than sachets, so they got that straight away. They wanted jugs of water, so they got those too. The whole process has been a complete collaboration from all areas of the whole school – a perfect example of the School Food Plan in practice.

And the school’s approach to good food doesn’t stop there. They have also built a vegetable growing area in the centre of the school (to complement the existing orchard, butterfly haven and nature reserve!) The garden is used as an intervention for pupils who don’t engage well in class, or who are vulnerable. Small groups of pupils take turns to help build, clear, sow and grow food which is used in the GCSE cooking class as well as the canteen. Confidence, team work and friendship also flourish.

All GCSE cookery students gain a Level One Food Hygiene certificate, which is unusual. They’re also expected to design (and cook) a dish which will go onto the school menu, and take part in butchery classes – helping enhance their skills.

Successful school food needs the backing of a good Headteacher and in Dorothy Stringer’s case, this couldn’t be truer. Headteacher Richard Bradford was the driving force behind the new canteen, perhaps as a result of being a former chef. He even works behind the tills along with other members of the Senior Teaching Team every lunch time.

The planning process took about a year, but it’s already paid off. Canteen takings have increased by up to 50% on most days which allows profits to be ploughed back into future canteen initiatives and repay the loan for the canopies.

The philosophy of the school is about democracy, sustainability and community. Dorothy Stringer are putting their money where their mouth is and making change seem easy. It’s impressive! If they can do it, so can other schools too.

Read more about the school’s committment to health and wellbeing and their approach to environmental management.

The Real Junk Food Project is a shining example of why a local food project is about much more than just food.

Find out more about a proposed eco-building at Stanmer Wellbeing Gardens and input your ideas through an online survey.

A monthly breakfast club, which for many is the only chance they get to regularly socialise with other veterans.