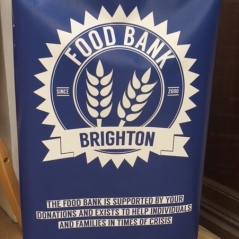 We’ve seen the plight of refugees fleeing war and famine for safety on the news. Yet their arrival in Brighton and Hove does not mean their troubles are over.

Far from arriving in a land of milk and honey – some refugees end up at a food bank desperate for emergency supplies.

Research by The Food Partnership last year found six out of twelve food banks who responded reported an increase in demand from migrants.  Some require long term support which can be a challenge for food banks, set up to respond to short term emergency or crisis demand.

The Food Banks and Emergency Food Network is an umbrella organisation run by The Food Partnership to bring together the fifteen food banks in the city.

At their latest meeting, the group discussed the growing numbers of migrants who have found their way to their doors seeking help.

The network invited Catharine Brown from Voices in Exile, an organisation set up to support asylum seekers and refugees in Sussex and Surrey and Vicky Gimson, from Sussex Interpreting Services to discuss their work to enable the food banks to help migrants too.

They explained how asylum seekers may find themselves waiting in limbo for many months until their case is agreed with no money and sometimes no home. Most arrive destitute with very few belongings or money as they have often fled their home to escape danger or persecution.

Others are forced into modern slavery such as sex work or domestic work or populating some of the nail bars or restaurants in the city. Wages can be as little as £1 an hour. 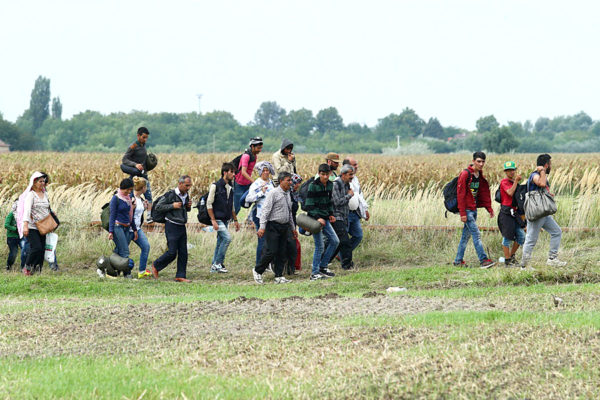 Vikki Gimson from Sussex Interpreting Services explained the various journeys which can lead someone to travel miles for a better life to then face extreme poverty in the UK.

She said: “Migrants may arrive to discover they can’t find work as they hoped or get benefits which leaves them open to abuse and exploitation. Or they may have outstayed their visa, be asylum seekers or refugees or trafficked against their will. Others are deceived with the promise of a job and discover they are being forced into modern slavery when they arrive.”

Without a legal status it is difficult to open a bank account, find work or earn money legally.

The issues do not just affect migrants fleeing war zones such as Syria. Other migrants can be EU nationals who have fallen on difficult times and end up homeless.  Another group were minors who have been in the care system since arriving in the UK who are not eligible for support when they turn 18. 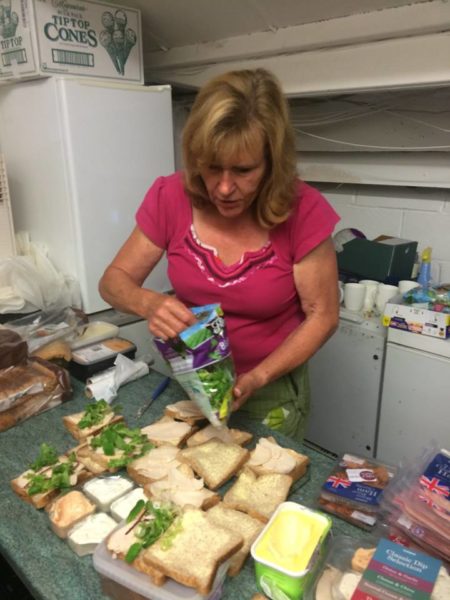 Others may have come to the city to study or work and just like anyone may find illness, relationship breakdown and job loss can result in financial problems.  When money is tight, emergency food donations can be a lifesaver.

Catharine Brown from Voices in Exile said: “We can give some migrants a Red Cross grant of £10 a week for ten weeks to live on. That can buy a bus pass which will get them to our food bank which means they can at least find food.”

Cultural differences can also cause difficulties for foreign people accessing food banks. Catharine said few wanted to eat baked beans which are often donated, but that chickpeas are always in demand.

The food banks as a group agreed to swap foodstuffs if it was felt it would be more useful in different parts of the city or for different groups. The group also discussed good ways to help people from other countries cook unfamiliar food found in our shops, suggesting recipe swaps or simply advising people on ways to prepare it.

Other strategies suggested were a range of apps to help translation or to book a translator from the Sussex Interpreting Services.

< The Cook’s ABC – Winter One Pot CookingSchools investigate who has eaten their vegetables in battle against food waste. >

We’ve gathered together some tasty vegetable-based recipes, based on simple, affordable basic ingredients.

Voices from a front-line food bank