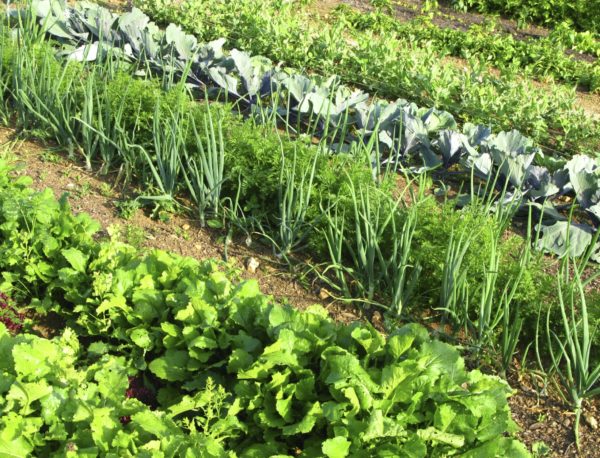 When I first met William McCartney I was intrigued. He’s a real character, completely driven by a passion for good food and its importance to the recovery and wellbeing of his patients. He’s responsible for all the catering at the Sussex Partnership NHS Foundation Trust (SPT).

With a very supportive CEO, Lisa Rodrigues, and strong backing from the Chairman and Trust main board, what he and his team have achieved is really inspiring. They’ve been nationally recognised for their outstanding work to provide good local and nutritious food for people using mental health services across Sussex.

Good food doesn’t often spring to mind when you think of hospital food. But through a lot of hard work and sheer determination, William and his team have built up relationships with local suppliers, proving that it is possible to have a sustainable sourcing scheme across its 14 hospitals without breaking the NHS budget. The Food Partnership has been working with William for some time and we felt that a good news story about hospital food doesn’t come around that often, so we wanted to share their journey with others.

If you only have 30 seconds then these are the key facts about what SPT has achieved:

Using local suppliers has proved as cost effective as using national suppliers and brings benefits such as local employment.

If you’ve got a little longer, then read on to hear all about their journey, the relationships they’ve built with their suppliers and the influence they’re having over national policy.

On the 10th June, we set off to Polegate train station, along with other contract caterers and head chefs from Brighton & Hove. Sadly we were unable to get anyone to come along from BSUH – the NHS Trust responsible for Royal Sussex and Brighton General hospitals. We were keen to invite other key organisations from across the city to hear firsthand about the win-win model that SPT has developed and the positive impact this has had on the local economy and of course on the taste and quality of patient meals.

10 years ago, William McCartney and the Deputy catering manager Tracey Lutman and senior Chef Kevin Hall and Amberstone catering team decided to take on the food chain after realising that patients weren’t getting high enough quality, value or choice.  The truth is they didn’t know where their food came from.

All that has now changed; Sussex Partnership has broken the mould and proved that it is possible to serve food in hospitals that doesn’t cost the earth.

Our first stop on the tour of suppliers is the local butcher (K.D Catering Butcher – Polegate). Once clothed from head to toe in blue protective plastic wrap, we head into the chiller. We are confronted with two quarters of a cow and two pigs laid out on a bench. It’s not a sight that many people are used to seeing but perhaps it should be (for meat-eaters anyway) to reconnect us all to the food we eat. The butchers talk us through where the cheaper cuts of meat are on the animal as they get on with carving, slicing, hacking, sawing – it looks like incredibly hard work, and clearly involves a lot of skill to get as much meat as possible from the bones. The bones and other unusable parts are dumped into a big blue bin. Due to regulations these are put into the incinerator, rather than being used or sold on. Apparently, if they were a butcher that made sausages, then they’d be put to better use – I’m not sure what that says about sausages though.

Kevin Delves, Director of KD Butchers told us “we’ve been supplying Sussex Partnership NHS Trust since August 2011. Since then, I have increased staffing levels and am able to negotiate better purchase prices due to bulk buying. We’ve been working together to develop a range of less used cuts of meat including rolled shoulder of lamb, brisket, rolled chuck of beef, and top rump of beef. This range of meats can be used in menu cycles to provide locally sourced top quality meats at a competitive price and at certain times of the year they can be even cheaper, so a seasonality approach to purchasing further helps to reduce food costs.”

Within 30 minutes the carcasses are now prepared joints and diced cuts, ready to be vacuum packed and labelled up and sent off to the SPT kitchens. They run a 6-week menu cycle (other local hospitals are typically 2-week) ensuring variety for longer stay patients.

Our next stop on the tour is at the 100-acre market gardener, JR Wholesale in Hailsham. William tells us that in 2007 his brassica supplier let him down, so he went off on a mission, walking straight onto the farm to see if they could help. He was pleased to find that not only were they fresh fruit and vegetable wholesaler,s sourcing local wherever possible, but they also grew various varieties of cauliflower, broccoli, cabbage and lettuce. With the beauty of a rich blue sky as a back drop, the rows and rows of sparkling green and red lettuces look like jewels in the earth. We even get to help planting broccoli seedlings on the back of a tractor trailer.

Roly Knight, the Chief Executive of JR Wholesale tells us “My dad came here in 1957 as a mushroom grower, but we couldn’t compete with imports so we needed to diversify. We’ve built up the catering side of the business, where we provide washed, diced and sliced vegetables to our customers. We also brought in a hub of local suppliers.”

Sitting next to one of these suppliers on the coach, Graham Love of Greenway Fruit Farm near Herstmonceaux, I managed to hear all about the fascinating world of fruit growing. Although he supplies apples, pears and soft fruits to Marks & Spencer and Tesco he said that in recent years they’ve been concentrating on building up what is now a thriving local trade with schools, farmers markets and of course the wholesale market which supplies SPT.

The progressive journey that SPT has been on has not gone unnoticed in central government. William has been involved in the advisory panel for the Department of Health’s project to develop standards to improve hospital food. He’s also been involved in the consultation to review the Government Buying Standards. Peter Bonfield OBE, appointed by the Government to review these standards is in the process of launching the British Food Plan. He, along with senior Defra officials including Maya De Souza, Head of Public Procurement, joined us on the tour.

“We need to showcase the great work that has been done here, so that other NHS Trusts can see what can be achieved.” Peter Bonfield CBE. For more information on the British Food Plan and what this means for Public Sector Procurement, read this blog.

BBC South East is also there to interview William and Peter Bonfield – great that the local media is taking an interest in such a win-win model of sustainable hospital food.

With more than 30 million hospital meals left uneaten in England each year, many patients rely on their families to bring them food. Not so at SPT hospitals! The proof really is in the eating – plate waste is minimal; 91% of patients surveyed agreed the food was good to excellent.

Their kitchens also use ‘wonky’ seasonal fruits that do not meet supermarket standards – helping address a problem that, according to Feeding the 5,000, leads to 40% of all UK fruit and vegetables being wasted before even reaching the shops. Particularly small, but still good quality, fruit that would otherwise have gone for composting is given to young patients with eating disorders – often put off eating a ‘normal-sized’ piece of fruit. Nothing goes to waste and the patients are satisfied.

Investing in the local economy

The quality of the meat and fruit and veg is clearly high, but there are also benefits to the local economy. Roly, the CEO, goes on to tell us “the fact that Sussex Partnership NHS Foundation Trust, through William McCartney, have put their faith in local suppliers has meant that our farm and workforce are more secure and that our local suppliers are more secure. We’ve seen our turnover increase by 30% since we won the contract. A real example of investing in the local community.”

SPT have proposed plans to build a new catering production unit on their estate. We understand that this would have the potential to cater for not only SPT hospitals but other Public Sector catering contracts in the Sussex area. Both our Community Meals (Meals On Wheels) and our local NHS hospitals in Brighton, currently rely on food which is prepared and delivered from Wales. We would like to see more collaboration in the future between Sussex Partnership Trust, Brighton & Hove City Council, Brighton & Hove Clinical Commissioning Group and Brighton & Sussex University Hospitals Trust. Bringing together these major public sector organisations could be a fantastic opportunity for our city, to improve the food they buy and serve to their patients, employees and customers.

Large contract caterers tend to dominate over in-house caterers in the public sector. When we’ve looked into this across the country, very often some of the best examples of sustainable food procurement come from in-house caterers, typically led by one passionate individual like William. But in the city we’ve also had great success with contract caterers too. Working with a passionate individual at the council, Eden FoodService has achieved a lot to turn around the quality of food served to thousands of primary school children every day. With menus featuring MSC fish, local free-range eggs, organic yoghurts, LEAF certified vegetables, daily freshly baked bread  and Fairtrade juice, the nutritionally balanced meals (with no added salt, no artificial trans fats or other undesirable additives) prove that contract caterers are also capable of providing sustainable and healthy food too.

Read 15 steps to follow to achieve sustainable procurement as an NHS Trust.