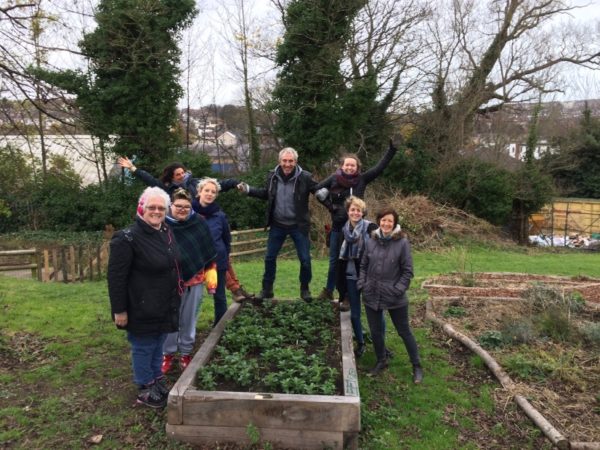 I first met Bob after he expressed an interest in joining the community garden that I run in Saunders Park. After a taster session, he continued to attend and became a popular member of the gardening group, always working hard and contributing so much to the sessions. Bob spoke often of how much he loved gardening and being in nature.

Sadly, Bob passed away in the summer of 2017. Articles in the local papers confirmed what a popular character he was and described how much he would be missed from his usual spot selling the Big Issue outside Waterstones. 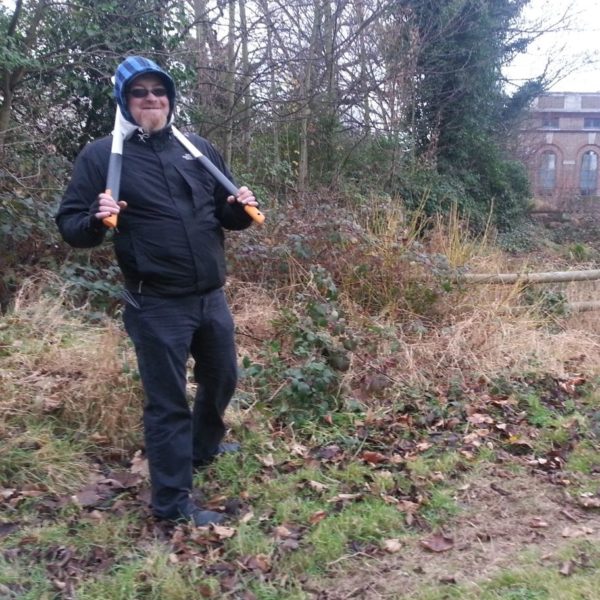 It was lovely to hear others’ stories about him, like how protective he was of Waterstones, keeping an eye out for shoplifters, and how much his regular customers liked chatting with him.

The gardening group at Saunders Park have installed a plaque, on the very same bed that Bob helped to build, to honour his memory and contribution to the garden.

Bob spoke once about his dream of going travelling to see Pompeii. Sadly he was not able to fulfil this dream in the way that he wanted. However I’m sure he would be pleased to know that a colleague who happened to be going to Pompeii shortly after his death, took a photo of him and left it there.

Bob is missed from the group but helped to play a crucial part in a story of transformation, turning a once-neglected corner of the park into a thriving Community Garden for all to enjoy.

To find out more about the Saunders Park Edible Garden project, visit our website, or email us. 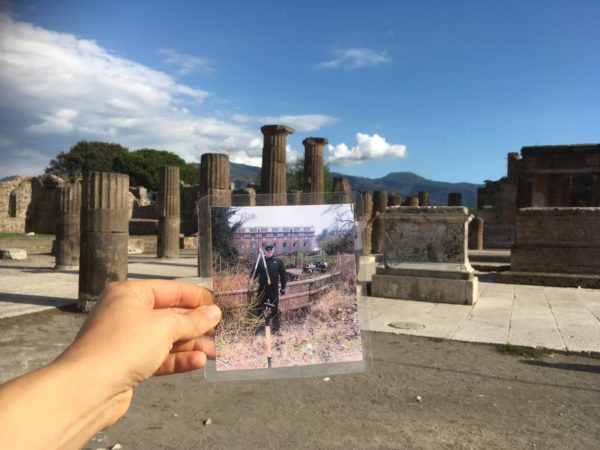 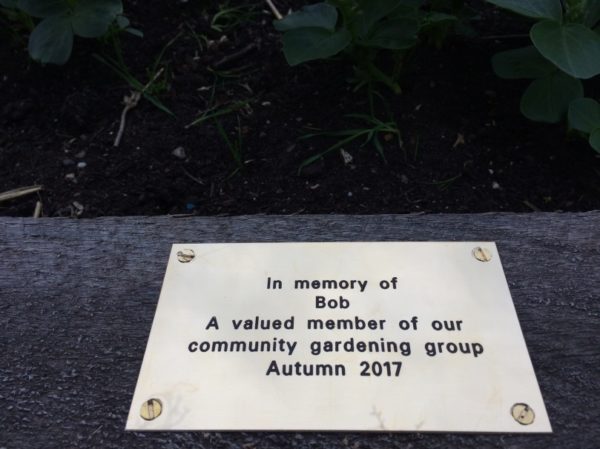