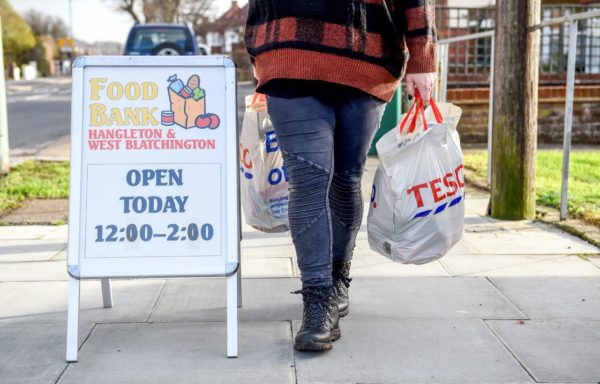 A new report from Brighton & Hove Food Partnership uncovers a record 21 food banks and emergency food providers in the city, distributing more than 20,000 food parcels a year, and a worrying increase in demand from families.

The Food Partnership’s annual emergency food survey has taken place since 2014, when 13 organisations were providing approximately 266 food parcels per week. The new report shows 21 organisations are now distributing an estimated 420 food parcels on a weekly basis, a 58% overall increase, and six out of ten report an increase in demand from families. 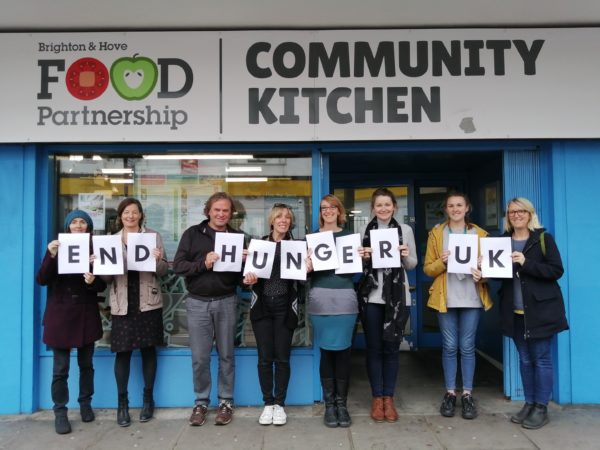 Vic Borrill, Director of the Food Partnership stated:
“This week marks National End Hunger Week when organisations across the country call for an end to food poverty. We are part of that campaign and also committed to doing everything we can to tackle food poverty in Brighton & Hove through our ground–breaking local approach which brings people and organisations together to tackle this issue.

“Although we are immensely grateful for the astonishing work of the food banks and other organisations distributing food parcels in our city, we are deeply concerned about levels of food bank use, which in any case is only the tip of the iceberg when it comes to food poverty in our city.  Our research shows that many more people are experiencing need but are unwilling or unable to access food banks.

“We found that the biggest reason for food bank use, at 44%, is benefit delays and changes which echoes national surveys and reports. However, we are also seeing an increase in demand for long-term support from people who just don’t have enough to make ends meet in our expensive city – which is deeply concerning as food banks are only intended for short–term emergency use.  And it’s not just people who are unemployed or unable to work due to illness and disability. Food banks are reporting an increase in demand from people who are in work, from people who are struggling with housing and – most concerning of all – from families with children.”

The Food Partnership say that whilst the answers to food poverty are complicated, a simple step that everyone can take is to promote awareness of Healthy Start Vouchers, which help families on qualifying benefits who are pregnant or have children under four to buy fresh fruit and vegetables or milk, and which at least 3 in 10 eligible families are missing out on. Anyone can download and display a colour A4 poster from the Food Partnership website. 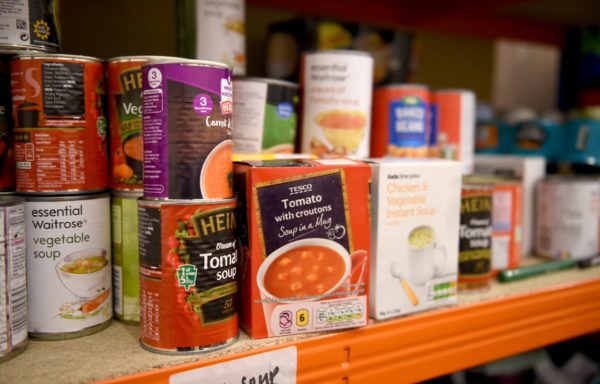 People can also donate to a local food bank, especially dry and long-life food, tinned fish and meat, coffee, toiletries, cereal, cleaning items, international foods, drinks and microwavable food. Food banks are particularly grateful for donations of cash especially if this is a regular donation, as they also need to cover running costs such as transport of food, insurance and volunteer teas and coffees.

Our website has the full report on food bank use. Additional findings from the report include:

< What do you think are the best ideas for improving the food system that the city has to offer?Following the trail of food surplus in Brighton and Hove >

The Healthy Start Voucher campaign helps eligible families in the city access up to £900 per child to spend on milk, fruit and veg.

Help for people facing food poverty or worried about having enough money to buy food, including food banks and financial advice.

Visiting a lunch club or sharing food with a neighbour can be a great way to save money and bring people together.

Advice for professionals - how to refer someone to a food bank and understand the alternatives.

Eating well on a budget

Tips and advice on how to get more out of your food budget.

Help Brighton and Hove become the UK’s first Gold Sustainable Food City – so that everyone has access to good food and a healthy, sustainable...