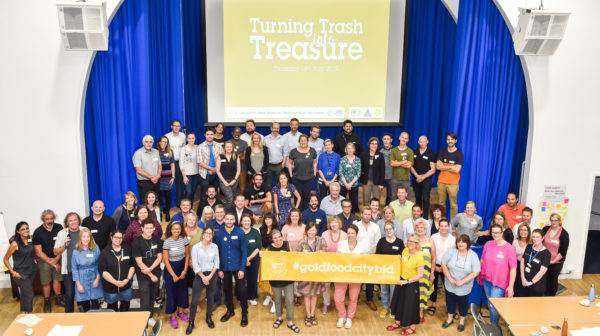 Brighton and Hove food businesses received top tips in reducing, redistributing and recycling at a special event to help food leaders play their part in tackling the environmental threat presented by food waste.

The event, organised by Brighton & Hove Food Partnership with the Surplus Food Network, generated a host of ideas to help Brighton and Hove transform into a ‘food use’ city. It also marked another step forward in the city’s efforts to be named the UK’s first gold-awarded Sustainable Food City.

Food waste has been described as an environmental, moral and financial scandal. Wasting food has a huge impact on carbon emissions because of all the energy that is used in its production, transportation and processing. If global food waste were a country, it would be the third largest emitter of greenhouse gases after the USA and China.*

Recycling as a last resort 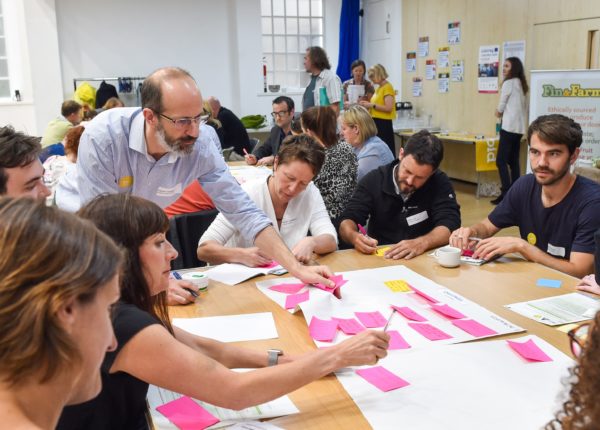 The event, ‘Turning trash into treasure: rethinking food waste’, was held at the Brighthelm Centre in central Brighton. It saw 100 city caterers, retailers, food producers, suppliers and manufacturers, and the managers of cafes, hotels and pubs hearing the case for prioritising reducing food waste, before redistributing and repurposing it – and only finally recycling it as a last resort, instead of disposal.

“This was the latest in a series of events designed to motivate and inspire people to take positive action around food – and this one about taking action around food waste is critical, as the current news declarations of a climate emergency show.

“It was very exciting to see how our city’s food business community embraced the 3Rs of reducing, redistributing and repurposing, leaping at the opportunity to rethink food waste.

“It has given us a wealth of ideas to take forward to deliver a strategy to become a ‘food use’ city, which will be included in our bid to be the UK’s first gold-awarded Sustainable Food City.”

In the last year, event co-organiser the Surplus Food Network has saved over 1,090 tonnes of surplus food from going into the bin by distributing it to people in need.

“Working as part of the Surplus Food Network has enabled us to prevent more surplus food from going to waste and to feed more people in need.”

“The Surplus Food Network is a great example of the benefits of collaborative working. The City of Brighton and Hove should be proud of this ground-breaking initiative.”

The ‘Turning Trash into Treasure’ event was supported by recycling company Paper Round and Brighton and Hove City Council.

* Information from WRAP, the Waste and Resources Action Programme.

Follow the conversation around the gold Sustainable Food City bid via #GoldFoodCityBid
< Could you be one of our Compost Champions?Behind the scenes at FareShare Sussex >

Find out how to tackle food waste in your business to save money and reduce your impact on the environment.

The Surplus Food Network brings together organisations across Brighton & Hove to help tackle the issue of food waste.

The Surplus Food Network has had a pretty astonishing impact on collecting surplus and getting it to people in need.

Where to donate surplus food

If your business or event has good quality food surplus to donate, we would love to hear from you.

The Brighton and Hove food strategy aims to achieve a healthy, sustainable and fair food system for everyone in the city and beyond.