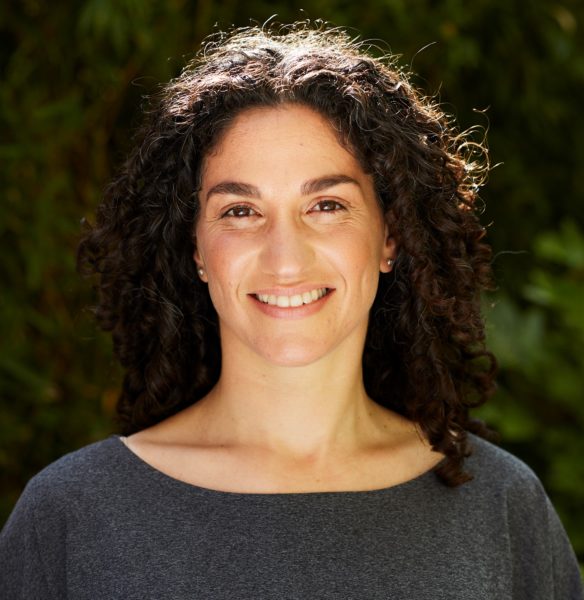 Between January and April 2019 I was fortunate to be part of a small team that worked on refreshing the Food Poverty, Diet and Health Joint Strategic Needs Assessment (JSNA). A JSNA is an analysis of the current and future health, social care and wellbeing needs of the local population.

I worked with Public Health as part of a research placement at Brighton & Hove Food Partnership, aiming to gather the most recent data and research under one engaging and accessible roof.

The current report puts food insecurity in focus and in context. The report highlights the fact that more than 20% of the city’s population do not agree they will be able to afford their basic living costs, including food and fuel, and identifies some groups which are the most vulnerable. For example, among disabled people this figure rises to more than 35%. In many cases, people who are experiencing food insecurity are those not able, or not willing, to use crisis services such as food banks, although we also found crisis food poverty is increasing too, with food bank numbers steadily rising in the city. 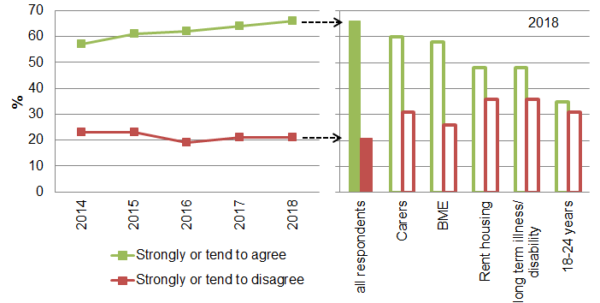 % of Brighton & Hove residents who agree and disagree they will have enough money in the next 12 months for basic living costs (eg food and fuel) after paying for housing (City Tracker survey, 2014-2018)

Working on the project, I was given access to fascinating resources, to the most knowledgeable people in the field and to the most recent data that they have been working on. It occurred to me that for every sign of progress and legitimate pride, such as the highest rates of breastfeeding in the country, lowering obesity rates in children and improving our 5-a-day consumption, we have a reason to worry, as these are all happening in higher rates in the more affluent areas of the city, which exposes deep inequalities.

“It’s getting worse, and some people simply do not receive enough benefits to live on, especially those with disabilities or unable to work.”

I was surprised to learn of the depth of the implementation gap, where schemes are not being taken up by their intended beneficiaries: almost 650 young children who are eligible for “Healthy Start” vouchers were not receiving them, and 23% of children in infant schools who are eligible for free school dinners are not eating them. I have also learned that undernutrition affects  those living in the community and not only in institutions, as well as many older people.

I can only hope that the next version of the JSNA will bring to fruition the thought and attention given in Brighton & Hove to the subject, and hopefully will even announce that we became the UK’s first gold sustainable food city award, towards which much effort is now being made.

After concluding the project, I continue to volunteer on community courses at the Community Kitchen (come join me!) and, following such a positive and rewarding experience with Brighton & Hove Food Partnership, will definitely look out to be involved in other initiatives.

The Brighton & Hove Food Poverty Action plan aims to reduce levels of both long-term and crisis food poverty, including food bank use.

Help for people facing food poverty or worried about having enough money to buy food, including food banks and financial advice.