Can Brighton & Hove lead the way to become the most sustainable food city in the UK?

by Chloe Clarke, Project Manager for Going for Gold

Help Brighton and Hove become the UK’s first gold Sustainable Food City by filling in our five minute survey. You can make a pledge on veg or on food waste, or tell us what the city needs to do about these issues.  Join in the conversation on social media – #goldfoodcitybid 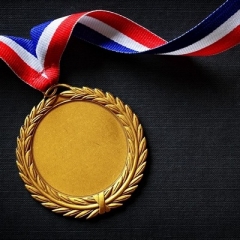 In 2015 Brighton & Hove became the first silver Sustainable Food City in the country. Now Brighton & Hove Food Partnership are asking everyone in the city to come together to Go for Gold.

A sustainable food city is one where the city works together to ensure good food is available for everyone, problems around food such as obesity or food poverty are addressed and there is not excessive food waste. It brings together food producers, people who provide food from shops, restaurants and places like hospitals and schools as well as the public, to ensure we are all able to access healthy food which does not harm the environment.

It’s a big challenge and can only be achieved with a lot of people working together.

Our city’s approach to food: our food culture, our community food activity, and our collective approach to tackling food poverty, has been praised nationally and even internationally, and has become a model for other cities in the Sustainable Food Cities network. But we believe we can go further. Brighton & Hove and Bristol will both be working towards becoming the first Gold Sustainable Food City in the UK – a place where everyone can benefit from good food which we believe is an exciting and achievable challenge.

How will it happen?

The city of Brighton & Hove has a food strategy Spade to Spoon, which sets out a long-term vision of achieving healthy, sustainable and fair food for all. To go for gold, we want to use our strategy as a springboard for collective action, to take our city’s food system to the next level, galvanising activity, recognising and coordinating the efforts of our city’s army of food heroes.

Already over fifty partners in the public and voluntary and private sectors, in schools, universities, nurseries, children’s centres, caterers, council departments, cafes, restaurants, shops,  surgeries food banks  and hospitals have been working together to achieve a ‘healthy, sustainable and fair” food system for Brighton & Hove.

Although our city food strategy  has a 20 year vision –changing a food system is no quick and easy business –  the current  five year action plan is reaching its ‘use by’ date, and a majority of the actions have already been achieved.

As a city, Brighton & Hove has:

We now want to see a new citywide action plan which will continue the transformation of our food system, and take us to the point where we can apply for gold. There are a few other changes from the last action plan which we’ve yet to achieve:

Brighton & Hove Food Partnership will be organising a series of events between autumn 2017 and summer 2018 to consult with a wide range of people and organisations to feed into the new action plan. By committing to an action, you’ll be helping the city go for gold.

Please get in touch if you have ideas you would like to share; an event we should attend to help us consult; or if you want to pledge an action or a commitment. Or join in the conversation on social media – #goldfoodcitybid

This project is funded by the Esmee Fairburn Foundation.