The city of Brighton & Hove has bid to become the UK’s first Gold Sustainable Food City. This blog is part of a series celebrating the wonderful ways that people and organisations in our city go above and beyond, to improve our food system and support people to access healthy, sustainable food. To help inspire others please share on social media using #goldfoodcitybid any good food work that you’re involved with or that you see around the city. 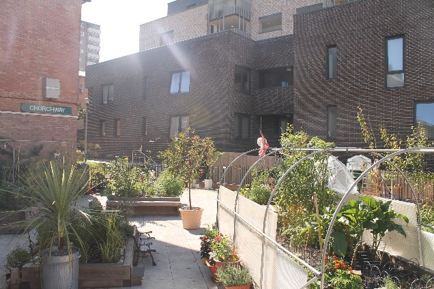 How would you like to live somewhere where how you grow, eat and shop for your food is an integral part of how that development has been designed? A city where even a small flat has a space to ‘grow your own’ – a balcony, window box, or a roof top allotment, and perhaps a space for communal composting?

This is the story of how we have been working with the city council’s planning department, to embed food access and especially food growing within the city’s planning system – and how you can help.

If you are one of the city’s architects, designers, landscapers or planning agents please read on (we are asking for your input below). Read on too if you would like to live in a house or flat designed like this. Or if you are just intrigued by how cities can take a collective approach to food – including the ‘policy’ work that is behind the scenes, but which is a vital part of the jigsaw.

The story began over ten years ago when the Food Partnership plus Food Matters worked with Brighton & Hove City Council to develop a ‘Planning Advice Note’ on Food Growing and Development which would give guidance and encouragement to developers on including food growing. Finished in 2011, this was a nationally ground-breaking publication and the first such planning guidance note in the UK. It won several awards and has been replicated in other areas since – we were tickled to see that when one area adapted our advice, they forgot to take out the reference to considering salty coastal winds in your space, even though they were an inland location!

But 2011 was a long time ago and we needed to know what had happened since. Step one was to see how well the current guidance had been working in practice. 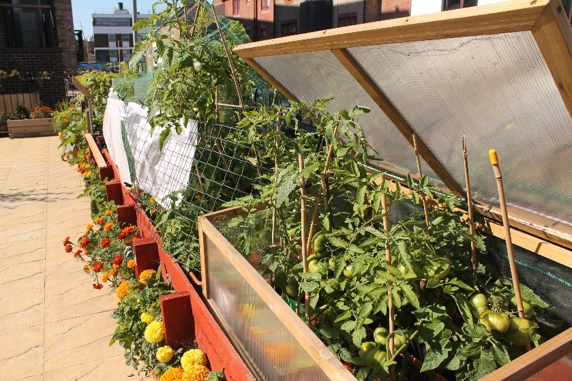 In 2013 early evaluation had already shown that the guidance was making a difference and 38% of new developments were proposing food growing (up from 1%) with:

But what about the long term? We were really delighted when in 2017, Brighton & Hove City Council, as part of the city-wide Veg Cities campaign, publicly pledged to update and strengthen planning guidance including this advice note. Since then at the Food Partnership, thanks to funding from the Esmée Fairbairn Foundation, we have been working with both the city council and national planning and food experts Sustain (who provided consultancy and did the actual drafting).

But other partners were involved too. In 2019 we hosted a research placement for an MSC Town Planning student from Brighton University to evaluate the effectiveness of the planning guidance, which was fantastically helpful as he spoke to planners, developers and planning agents. He found that the advice note was well used by some of these – but not known about at all by others. He also found that there needed to be some changes to the guidance to make it more user-friendly.

Another problem we identified was food growing space being submitted in applications but then not making the final development. We have also seen examples where a food growing space has been included but over time has become poorly maintained. For example, one development was highlighted as a showcase for providing rooftop allotments, which was also an important selling point for the original flats. However the rooftop became poorly maintained, and it wasn’t clear whose responsibility it was to look after the raised beds in the long term or to replace them when they reached the end of their life. 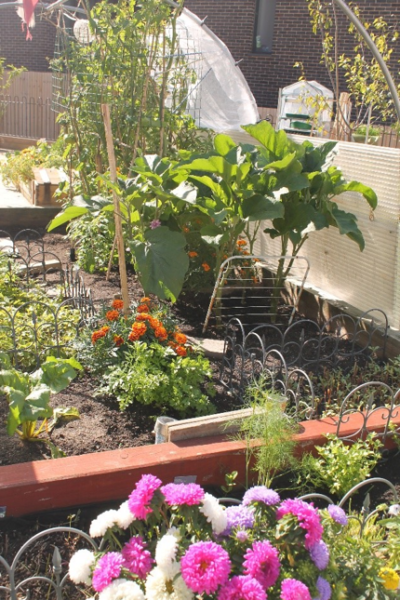 The new draft Planning Advice Note (‘P.A.N.’) addresses some of these problems. It is more clearly set out and easier to read. It has more detailed technical and practical guidance about the different types of food growing spaces and how to provide them. It has emphasis on including a management and maintenance plan. For planners, it emphasises the importance of including this requirement as a planning condition. If there is a communal growing space or mini allotments, then the management plan should include a community engagement package (usually a community gardener for the first six months or year) to get people on board, and make sure they have the skills and enthusiasm to maintain the space over the long term. There are organisations like ours who can provide a planting and maintenance package to make this easier for a developer to achieve.

The guidance also sets out the commercial benefits to developers. People love this approach in our food aware-city, and it can add value to a development. 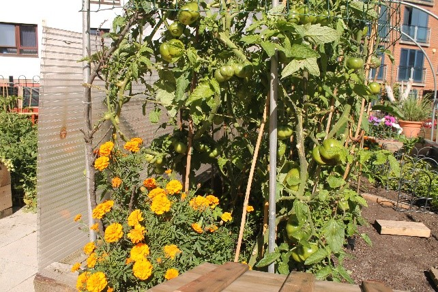 Another improvement has been more guidance on ‘edible landscaping’ and orchard planting, as this has proved a really popular way to deliver food growing – albeit more linked to scrumping and foraging than a picture book image of leeks in rows. So rather than raised beds or classic allotments which require high levels of commitment and maintenance, fruit and nut trees and bushes are incorporated within planting schemes, as hedges or wildlife areas. As well as providing limited amounts of food this approach tends to be more wildlife-friendly than classic planting schemes so also helps developers to both capture carbon and enhance biodiversity – an important factor in getting planning permission.

The guidance seems to be bang on, with other local planning authorities such as the South Downs National Park also considering food growing as an important element of their requirement for developments to deliver ‘ecosystem services’. And we were pleased to see this approach featuring as a recommendation in the brand new Government report from the ‘Building Better Building Beautiful’ commission. The commission has a vision of urban orchards and says the government should:

How can you help?

So how can you help? Do you know any local architects or landscape architects, developers or planning agents? Can you ask them to comment on the new planning guidance and check what’s missing, what’s not clear, or what could be better?  Or if you think you would like to live in one of these places, let us know too – we need to show developers why this is the right way to go.

Download the draft guidance and email your feedback before 16 March 2020 – or request for a ring back if you prefer – to gillian@sustainweb.org.

And don’t forget this is part of a bigger ambitious plan to transform our city into the UK’s first Gold Sustainable Food City. If you see a good example of food growing anywhere in the city, please share on social media with the hashtag #goldfoodcitybid.